Call for better stewardship of oral anticoagulants in AF 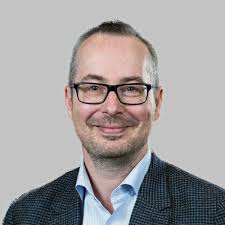 The majority of strokes presenting in AF patients could have been prevented with appropriate use of anticoagulants, according to a Melbourne study.

The study, published in the Internal Medicine Journal, reviewed 306 ischaemic stroke patients with a history of AF who presented to the tertiary hospital between January 2016 and mid-2019.

Unfortunately, it found management errors in 64% of patients.

The study said 37% of errors were not prescribing any anticoagulant in AF patients despite their increased stroke risk and absence of contraindications.

Anticoagulation was also inappropriately ceased in 20% of patients. In those patients, half the patients had experienced episodes of nuisance bleeds.

Some other reasons for the management errors were subtherapeutic INR in patients on warfarin (14%), subtherapeutic doses of DOAC prescribed (11%), anticoagulants not restarted after surgery (3%) and inadequate bridging (1%).

The study found mortality at three months was increased in the stroke patients with anticoagulant management errors compared to the appropriately anticoagulated patients (32% v 17%; p=0.005).

“Our finding of underprescribing of OAC in high risk patients is in line with several worldwide registries that monitor the use of anticoagulation in patients with AF worldwide and data from Australia,” the study said.

Senior investigator on the study Professor Vincent Thijs, told the limbic the findings were disappointing.

“This is a wake up call that our community of doctors is not doing its best in treating these patients with AF and preventing stroke. A large majority of those strokes could have been prevented had doctors done the right thing.”

Professor Thijs, head of stroke medicine at Austin Health, said nuisance bleeding such as bruising or a nose bleed were not reasons for discontinuing anticoagulation.

The study also noted that the mismanaged patients were older and more likely to be female than those receiving appropriate anticoagulation.

“There is often a reluctance to start medication that has side effects and yes, anticoagulants have side effects but on the other hand people tend to forget that the risk of stroke increases in women and in elderly patients.”

“It requires a little bit more courage from our colleagues to dare to start anticoagulation or to persist with it.”

He said what appeared to be small errors, like forgetting to restart anticoagulation after an operation or giving a too low dose, could have big consequences for patients.

Professor Thijs and his colleagues called for ‘more stringent anticoagulant stewardship’ across the health system from primary to tertiary care.

“That model has been shown effective in randomised trials but it has not been widely implemented in Australia. People like Prash Sanders in Adelaide have been advocating for this as an important way of dealing with the ever increasing prevalence of AF.”