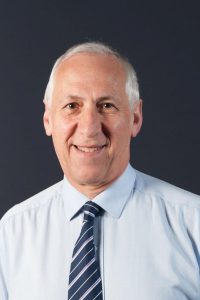 A short period of treatment with low dose metoprolol and aspirin in people who are recently bereaved appears to reduce their cardiovascular risk.

The findings, from an Australian study, are consistent with other evidence that the drugs can provide protection against emotional and stress-related triggers of CVD.

The small study randomised 85 spouses, partners or parents of patients who had died in one of five hospitals in Northern Sydney.

Enrolment was typically within 12 days of their bereavement and patients received six weeks of either the intervention medications or placebo.

The intervention group also had lower levels of anxiety and depression symptoms however there were no significant differences in bereavement intensity or anger.

“The finding that low dose metoprolol and aspirin has a positive impact on several surrogate cardiovascular risk markers including anxiety, and is well tolerated in early bereavement with no negative impact on bereavement intensity up to 6 months, enables clinicians to consider this treatment in their patients,” the study said.

“While clinicians need to be wary of appearing to medicalise an almost universal stressful experience, reducing heart attacks among bereaved people is a worthy goal.”

The authors, led by Professor Geoffrey Tofler of the Royal North Shore Hospital and University of Sydney, said the findings suggested the beta blocker/aspirin combination may also be applicable in other acute stress situations.

“While the present study focused on bereavement due to the death of partners and children, our findings are relevant to other causes of bereavement, including job loss, relationship breakdown, trauma and deaths of other loved ones, including pets.”