Aussie billionaire doubles his money on drug for intracranial hypertension 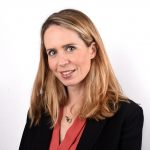 Re-purposing the diabetes drug exenatide for use in intracranial hypertension has delivered a multimillion dollar overnight windfall for mining billionaire Andrew ‘Twiggy’ Forrest.

Forrest has a 9% stake in a startup pharma company Invex Therapeutics, which raised $12m at IPO last week as its 30m shares rose by 270% in the first days of trading on the ASX from 40c to over $1.

The company is a commercialisation venture for the research work of Birmingham University (UK) neurologist Dr Alexandra Sinclair, who is the company’s chief scientific officer.

Her research has shown that GLP-1 receptor agonists not only modulate fluid homeostasis in the kidney but inhibit areas of the choroid plexus responsible for cerebrospinal fluid secretion.

In animal models of hydrocephalus, treatment with a GLP-1R agonist reduced intracranial pressure.

“This suggests that GLP-1R agonists, approved for treating diabetes, could be repurposed for treating hydrocephalus and potentially other conditions characterised by raised ICP,” according to Dr Sinclair.

Work in animal models has shown that exenatide can rapidly reduce intracranial pressure in a dose-dependent manner and a Phase II study is underway in IIH.

“There is a clear unmet need for a dedicated safe and effective treatment for IIH, which causes disabling daily headaches, severely raising pressure around the nerves in the eye and resulting in permanent vision loss in more than 25% of people affected,” said Dr Sinclair.

“Although IIH is a relatively rare condition, our work has shown that its incidence has increased by 350% in the last 10 years, and it is associated with significant morbidity and a significant reduction in patients’ quality of life.”

“Invex will focus on reformulating exenatide to deliver it in a way that enables exploitation of its previously unknown ability to reduce cerebral spinal fluid secretion in the choroid plexus of the brain,” said a Birmingham University statement released on 5 July.

The university has applied for patents covering the use of GLP-1 analogues in conditions featuring raised intracranial pressure and has received Orphan Drug Designation for the treatment of IIH from the European Medicines Authority (EMA) and the US Food & Drug Administration (FDA).

Forrest is listed as Australia’s 8th richest individual, with a fortune of $7.3 billion derived from his iron ore mining company Fortescue Metals.