Australia urged to dump ‘out of date’ CV risk calculators 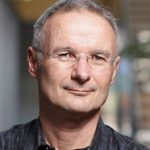 The most common cardiovascular risk calculators used in Australia are out of date and in desperate need of an overhaul, cardiologists have been told.

Speaking at the CSANZ 2019 ASM in Adelaide, Professor Rod Jackson, an epidemiologist from the School of Population Health at the University of Auckland, told delegates that Australia ought to take a leaf out of New Zealand’s book and ditch Framingham and establish a large scale primary care cohort representative of its target population.

New Zealand set out on the path to creating their own home-grown calculator PREDICT when they realised that a CVD risk prediction calculator derived from a 1970s US white cohort “probably wouldn’t be that relevant for a multi-ethnic New Zealand population living in the 21st century.”

The software stored an anonymised copy of each patient’s risk factor data that is then linked to national hospital and mortality databases.

The variables in the PREDICT risk equation include those used for calculating CVD risk in calculators such as Framingham (sex, age, ethnicity, family history, smoking status, diabetes status, systolic blood pressure, and ratio of total cholesterol to HDL cholesterol) but in addition measure atrial fibrillation, medication use and social deprivation.

When Professor Jackson and colleagues calibrated the data against the Framingham score they found it overestimated risk by up to 50% in the NZ PREDICT cohort. US Pooled Cohort Equations (PCEs) also overestimated risk.

However, Professor Jackson warned that developing a risk calculator was likely to take Australia between 5 to 15 years and cost up to $15 million.

“In the meantime, you could use the New Zealand PREDICT equations,” he quipped.