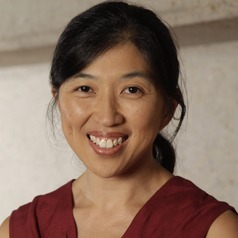 Cardiologists say they are alarmed by findings that women with an ST-elevation myocardial infarction (STEMI) are much less likely than men to have invasive management and revascularisation and subsequently have worse outcomes than men.

Data from the CONCORDANCE registry show that women with STEMI were less likely than men to have undergone coronary angiography (Odds Ratio 0.53), timely revascularisation (OR 0.72) or primary PCI (OR 0.76).

The figures, derived from STEMI-related admissions to 41 hospitals for 715 women and 2183 men, also show that on discharge women were significantly less likely than men to receive guideline approved preventive medications such as statins and also had fewer referrals to cardiac rehabilitation.

Six months after discharge from hospital for STEMI treatment, women had significantly higher rates of major adverse cardiovascular events (OR 2.68) and twice the rate of all-cause mortality (OR 2.17) than men.

Writing in the MJA, the study authors from Flinders Medical Centre in Adelaide and Sydney University note the discrepancies in management were seen after adjustment for confounding factors such as age, co-morbidities and baseline risk levels.

Study co-author Professor Clara Chow, a cardiologist at Westmead hospital, Sydney, described the findings as “alarming” and said they showed a need to identify the persisting barriers to equitable treatment of STEMI.

“The reasons for the under-treatment and management of women compared to men in Australian hospitals aren’t clear.

“It might be due to poor awareness that women with STEMI are generally at higher risk, or by a preference for subjectively assessing risk rather than applying more reliable, objective risk prediction tools,” she suggested

There was broad awareness among cardiologists of STEMI protocols and patients should receive a standardised management plan, said Professor Chow.

“Whatever the cause, these differences aren’t justified. We need to do more research to discover why women suffering serious heart attacks are being under-investigated by health services and urgently identify ways to redress the disparity in treatment and health outcomes.”

Professor David Brieger, co-author of the study and leader of the CONCORDANCE (Cooperative National Registry of Acute Coronary care, Guideline Adherence and Clinical Events) registry said: “While we have long recognised that older patients and those with other complicating illnesses are less likely to receive evidence based treatment, this study will prompt us to refocus our attention on women with STEMI.”