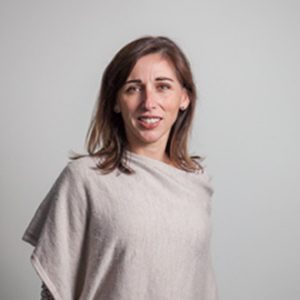 A review of data from almost 744,000 Australians with type 2 diabetes has shown that younger age at diabetes diagnosis is linked to higher risk of death from heart disease and stroke.

The study by Professor Dianna Magliano and Professor Jonathan Shaw of the Baker Heart and Diabetes Institute, Melbourne, found that for two people of the same age, the one with a 10-year earlier diagnosis had a 20% to 30% increased risk of all-cause mortality and about a 60% increased risk of cardiovascular mortality.

The researchers said the increased risk in mortality was seen in both men and women with early onset type 2 diabetes, and likely reflected an increase in macrovascular complications due to longer duration of exposure to hyperglycaemia.

“Evidence is accumulating to suggest that earlier onset of type 2 diabetes is associated with an increased risk of complications and comorbidities compared with later onset, and that the development and progression of complications might be more aggressive in those with earlier onset,” they wrote in Diabtetologia.

They noted that patients with diabetes diagnosed at an earlier age tended to have a worse cardiovascular risk profile (overweight, hyperlipidaemia, hypertension) than those diagnosed later in life.

Other studies have shown that people with diagnosed with diabetes in their twenties and thirties also have more severe albuminuria and neuropathy scores compared with people diagnosed in their forties, fifties and after adjustment for diabetes duration.

“As such, increased clinical attention is imperative for individuals with earlier-onset type 2 diabetes. Efforts should focus on timely optimisation of individuals’ self-management skills and medical treatment to prevent or reduce the onset of complications and comorbidities.

“Additionally, there is a need to identify and screen those at high risk of developing diabetes so that individuals can make lifestyle changes that will prevent or delay the onset of diabetes.”

The study also showed a slightly lower risk of cancer among people with type 2 diabetes diagnosed at an earlier age. The authors said this may be cause following people have more frequent contact with the healthcare system after a diagnosis of diabetes, which may increase the likelihood of any present but undiagnosed cancer being detected.

The findings were based on data from 743,709 patients with type 2 diabetes who were registered on the National Diabetes Services Scheme (NDSS) over a 15-year period between 1997 and 2011.

The average age at type 2 diagnosis was 59 years, and a total of 115,363 deaths occurred during the study period.