3 strategies to overcome stagnation in DNT for acute stroke 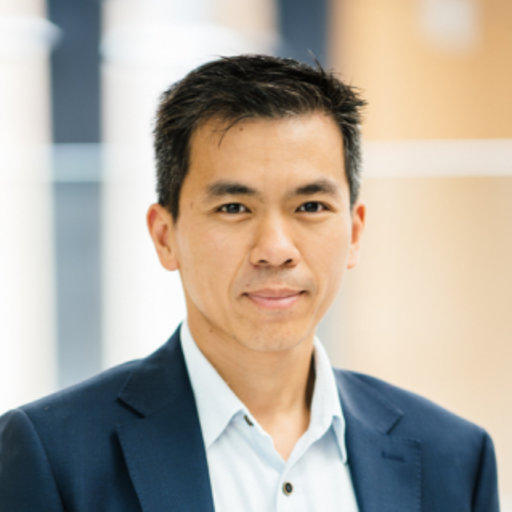 Acute stroke teams in Melbourne have identified several factors associated with faster door-to-needle time (DNT) for intravenous thrombolysis (IVT) in acute stroke – a target that they say has stagnated over the last several years.

“Despite the extensive literature highlighting the need for speed, the proportion of patients receiving IVT within DNT of 60 minutes has remained at 30% for the last five years in Australia,” according to clinicians from Box Hill Hospital’s Department of Neuroscience.

The team, who established a continuous quality improvement program in 2011, have reported on long term trends at the service since it began performing IVT in 2003.

Speaking to the limbic lead investigator, consultant neurologist Dr Philip Choi said 15 different strategies had been evaluated over the study period, including changes to ‘code stroke’ processes, rostering and staffing of acute stroke team membership. Three strategies made the most significant difference in terms of reducing DNT.

Saving the most time was the team’s direct-to-CT protocol, which aims to minimise the significant time spent in multiple transfers and handover of patients prior to imaging, reducing DNT by 32%.

“We’ve been thrombolysing since the early 2000s and it was around 2011 that we started making a concerted effort to improve DNT times,” said Dr Choi.

“We looked at various strategies involving frontline staff – the acute stroke nurse, increasing the medical staff on the floor and extending hours from normal working 8-5 to covering 5-10. In addition to increasing manpower we looked at various things such as direct-to-CT: transporting a patient while basically still on the ambulance stretcher directly to the CT scanner if they’re stable rather than the traditional model of stopping over in emergency.”

That’s despite the numbers of annual stroke admissions increasing 4-fold to 748 and annual ‘Code Strokes‘ increasing 10-fold to 1,298 over the observation period, he added.

While direct-to-CT has been credited with making the biggest impact to DNT, Dr Choi said one of the most important and interesting factors also associated with improved times was the presence of an acute stroke nurse (ASN) during the treatment process.

Presence of the specialist nurse was linked to DNT reduction of 6.9%. It’s the first time the magnitude of ASNs impact on DNT has been quantified, he adds.

“While it’s quite logical to think that if you have an acute stroke nursing expert around things work faster this has really never been proven in studies before. We’ve been able to tease this out in particular over and above other organisational factors and direct-to-CT to say that this particular specialist improves times – that it’s not just an extra pair of hands it’s the actual acute stroke nurse.”

It’s a finding that could have implications for rostering stroke teams, noted Dr Choi, who said there was potential to improve after-hours DNT by increasing the workforce to include an ASN in the after hours stroke team – particularly at high volume centres. The move might be a more cost effective investment than expansion of the non-specialist junior medical workforce for hyper-acute stroke care, he adds.

“Now we’ve found the acute stroke nurse is quite important I think it’s worth exploring increasing coverage for the role after hours which is really beneficial given quite a number – 60% of our thrombolysis cases – occurred outside the 8-5 window.”

Meanwhile a set of ‘organisational factors’ designed to change staff behaviours had the second biggest impact on DTN – improving times by 21.9%.

Dr Choi said dedicated efforts to create a culture of ‘no-fault’ and continuous quality improvement within the ED and stroke team meant members were more much more likely to work together with the collective goal of reducing delays in providing hyper-acute treatment.

This effort was supported by the weekly reperfusion meeting between core members of the stroke team – the ASN, stroke registrar, fellow and lead stroke neurologist, as well as quarterly meeting with wider teams.

As for fostering a ‘no fault’ culture, Dr Choi conceded that it was difficult but can be developed over time.

“It’s clearly human nature that we don’t like fault to be pointed out to us, but over time we have been able to show staff that we are really just looking at these issues objectively rather than as disciplinary measures.”

“So even though we might have identified the DTN was 71 minutes yesterday we’d say, let’s talk about it, rather than saying that figure isn’t good enough – so it’s the tone and culture of the stroke champions the nursing and medical lead that is quite important.”

Addressing the question about improving DTN more broadly across the country Dr Choi pointed out that while the Australian Stroke Clinical Registry had been publishing regular reports since 2010, only just over half of Australian hospitals with stroke units participated in the data collection.

“Contribution to the registry is voluntary, and I guess if we are serious about improving DTN time and improving quality of stroke treatment in general then we would have to think about how we would increase the number of participating hospitals. I think if you thrombolyse it’s important to contribute data to the registry.”

On top of that strategies aimed at improving ‘Code Stroke‘ work flow and optimising stroke team membership need to be brainstormed and tailored to each health service, stressed Dr Choi.

“Improving DTN is achievable with the most effective strategy being direct to CT, acute stroke nurse resourcing and an organisational culture that supports quality improvement. If there’s a will to do this it is possible,” he concluded.

The study was published in Internal Medicine Journal.