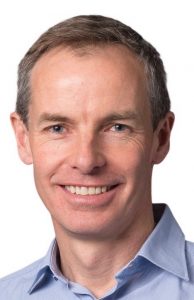 A taskforce of 18 of Australia’s peak health professional groups including the RACP and the Thoracic Society of Australia and New Zealand (TSANZ) has developed evidence-based “living guidelines” for the management of patients with COVID-19.

The guidelines from the National COVID-19 Clinical Evidence Taskforce will be updated weekly as new evidence becomes available during the rapidly unfolding pandemic.

Taskforce Chair Associate Professor Julian Elliott told the limbic the guidelines were a starting point with work that would normally take months compressed into weeks.

“So what is published now is really the start of the journey and we will be not only maintaining those recommendations and decision flowcharts but will be increasing our scope and the increase in scope will be directed by clinical communities,” he said.

“We will be engaging very actively with the clinical communities to hear from them what their main questions are and then use that to shape the work of the panels.”

The first set of recommendations in the guidelines cover definitions of disease severity, monitoring and markers of clinical deterioration, antiviral medications and other disease modifying treatments, and respiratory support.

Associate Professor Elliott, an infectious diseases physician who has previously chaired national guidelines in HIV, said the reality of guidelines development was that some recommendations had to be made within the limitations of the evidence base.

For example, their recommendation for prone positioning during ventilation to improve hypoxia associated with COVID-19 was developed from consensus rather than an evidence-based framework.

Similarly, for the current advice that antiviral medications or other disease-modifying treatments should only be administered within the context of clinical trials with appropriate ethical approval.

“It’s true that for some specific questions there is relatively little data available so far. Obviously in a living model, one of the advantages is that you constantly monitor the research coming out in that area and for many other questions, may draw on non-COVID literature e.g. SARS and MERS, or other more general literature.”

“And so as more data accrue, of course we hope to be able to issue more specific guidance around those treatments. There is a lot of work going on to establish trials, both ICU-based trials and out of ICU trials across Australia.”

Associate Professor Elliott said part of the motivation for establishing the national taskforce was to avoid some of the redundant effort that was happening as different groups worked on protocols for their own hospitals.

“I think for us as a Taskforce, we want to bring clinical leadership in Australia. And so we wanted to reduce that duplication of effort but also as importantly, reduce the potential for very real confusion if different states or different sites or different clinical groups are putting out different messages.”

“No one has ever really tried to write national guidelines at this kind of pace so it is novel but we are so extremely aware of the pressing need for clinicians to have a consistent, trustworthy evidence base. Part of it is guidance and part of it is reassurance – reassuring people that if you practice in this way, you are providing best practice care.”

He said there was a need for very close connection between the Taskforce, clinicians at the front line and government in all jurisdictions including the Commonwealth.

“We obviously need to be very closely connected to what is going on in the field and that needs to shape the panels’ understanding of where the questions are. But then as we are developing recommendations of course, they have to be very cognisant of what is feasible and available in health facilities and then that also has intersection with government and policy.”

“It may be that on a particular topic, looking at the evidence, we are considering making a strong recommendation for something that may have significant implications for government – about whether those resources are available and if they are not available if they can be made available.”

The Federal Government has announced that it will provide $1.5 million funding from the MRFF to support the Taskforce. Other partners and funders include Monash University, the Victorian Government, the Ian Potter Foundation and Equity Trustees.